The Birth of a Metropolis: Kabul's Urban Landscape in the Mid-Twentieth Century 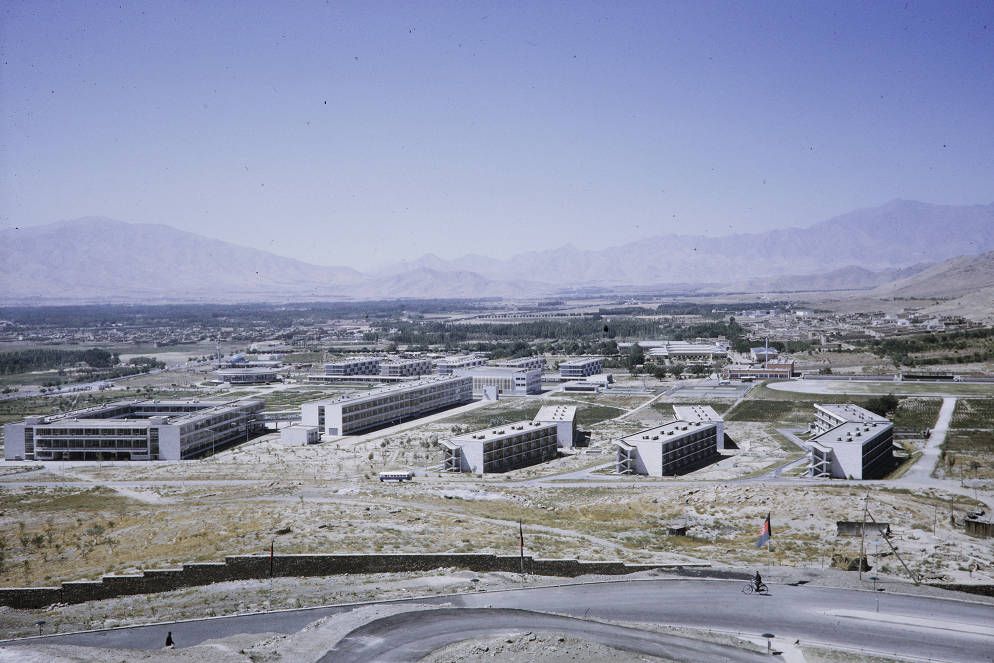 These photographs by two Americans, photojournalist Harrison Forman and photographer and ethnographer Josephine Powell, document Kabul's architectural development during the ’50s and ’60s. This was a critical period in the city's urban development and expansion.

As Afghanistan's major urban center, Kabul has long been an impressive city with centuries of urban history. In his memoirs, the Mughal emperor Babur wrote that "its verdure and flowers render Kabul in spring a heaven."1 This relatively small city on the banks of the Kabul River would become Afghanistan's capital in 1776 and witness significant growth at the close of the 18th-century.2 However, the Anglo-Afghan wars of the 1800s devastated the famous Char Chatta Bazaar and Bala Hissar, along with much of Kabul. 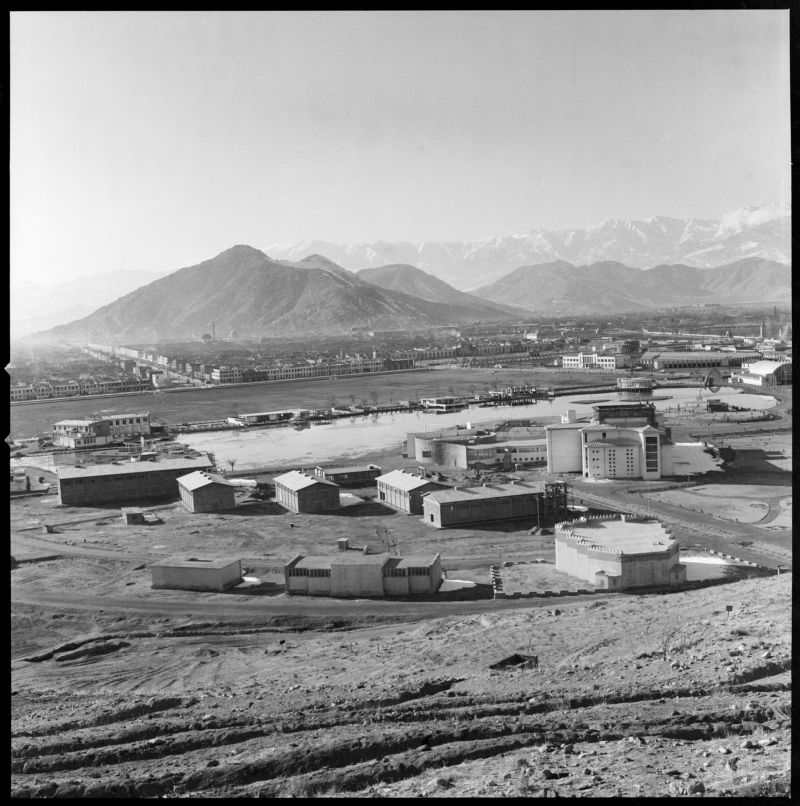 The 20th century ushered in multiple waves of urban development, which not only expanded the city’s borders but also diversified its architectural profile. After Afghanistan won its independence from the British in 1919, King Amanullah Khan pursued a fast-paced and overly ambitious plan for modernization. His monumental dream for Dar al-Aman, a new capital to the southwest of Kabul, was designed by the French architect André Godard in collaboration with German architects. Amanullah's vision for the new city would eventually be abandoned after his exile in 1929. In the decades that followed, state powers adopted a more cautious, incremental policy of urbanization.

This relative quiet gave way to a rapid development plan adopted by Daud Khan during his premiership (1953–1963). Partly by situating themselves in between foreign interests from the Eastern and Western blocs during the Cold War, Daud's administration financed extensive modernization, making the middle of the 20th century a fleeting but foundational moment in Kabul's urban and architectural history. 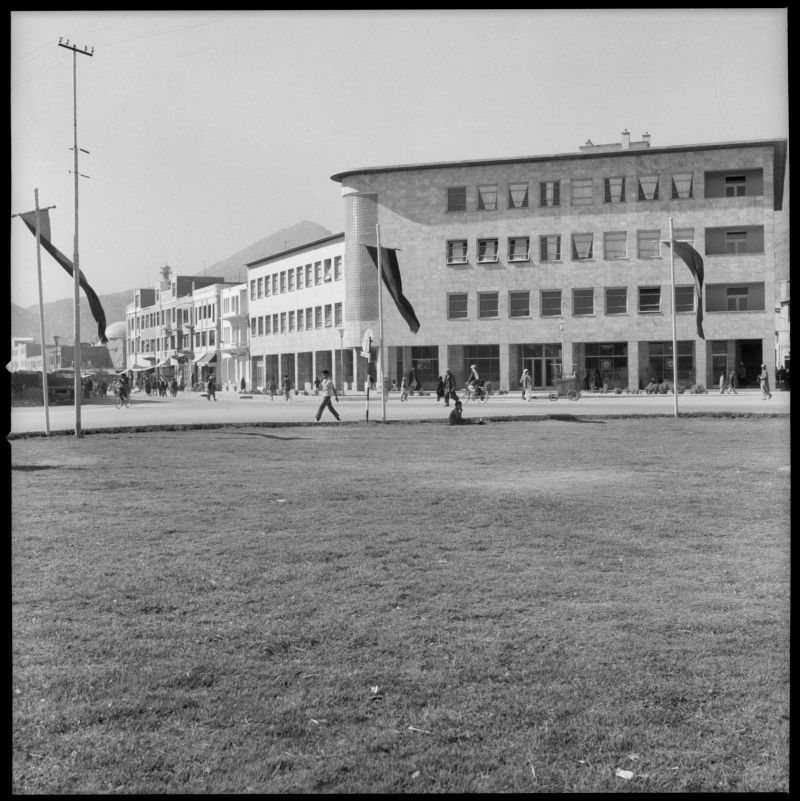 In the 1950s and ’60s, when the photojournalist Harrison Forman and photographer and ethnographer Josephine Powell were photographing the city, Kabul was on the cusp of modernizing. In this period, both the government and private real estate firms adopted new modes of construction and styles of architecture, especially European ones, to reconfigure Kabul’s modern image. At the same time, indigenous construction methods and building styles continued to hold an important place in the local imagination, as some photographs attest. This equilibrium wouldn’t last very long, as local forms were soon abandoned in favor of foreign modernisms. These imported methods include exclusively using cast concrete during the early part of the second half of the 20th century. 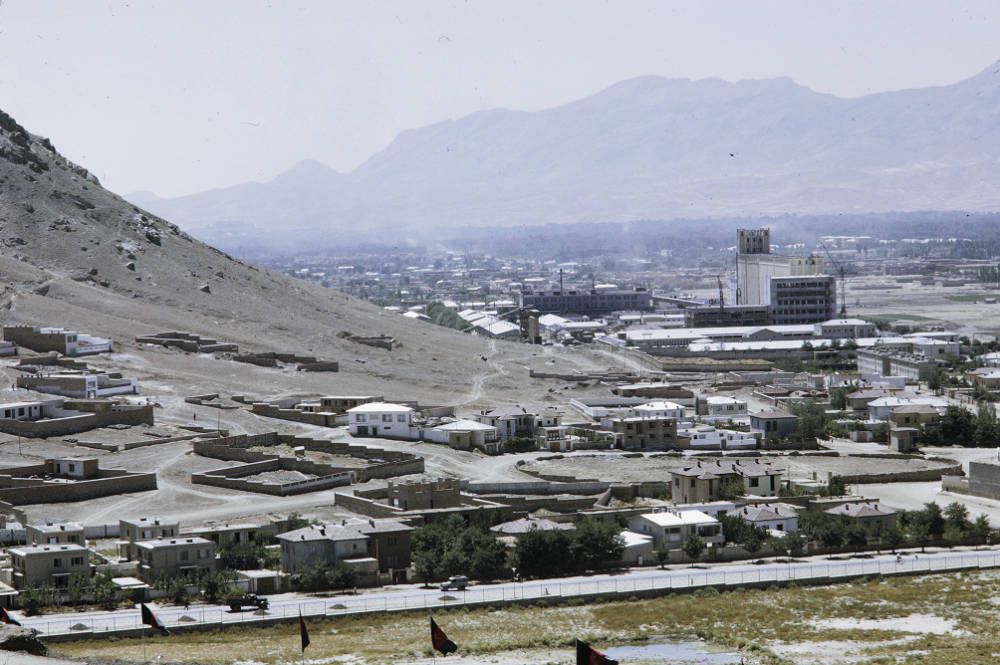 This shift was followed in the late 1970s by the soviet occupation and a subsequent civil war. Both laid ruin to large swathes of the city. Since 2001, when a rebuilding phase was initiated, whole sections were replaced in turn by new forms of architecture. Due to climate change and overpopulation in addition to the devastating wars, Kabul is no longer the green and flowering city that Babur admired, The pendulum has swung away from Kabul’s natural beauty towards its current identity as an urban maze, leaving the city in desperate need of critical reconsideration and historicization of its architectural fabric. 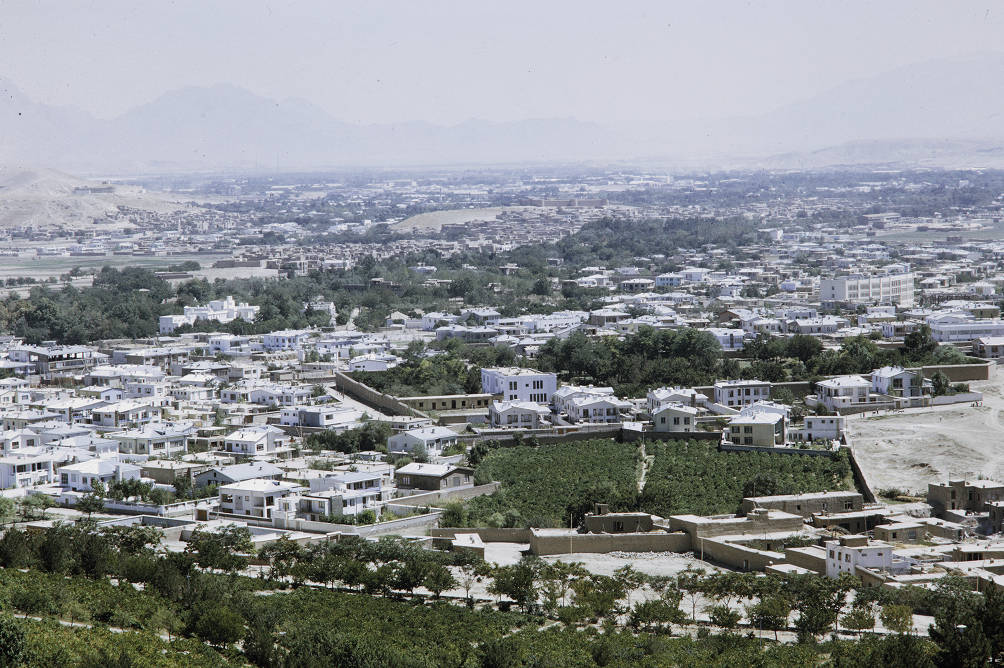 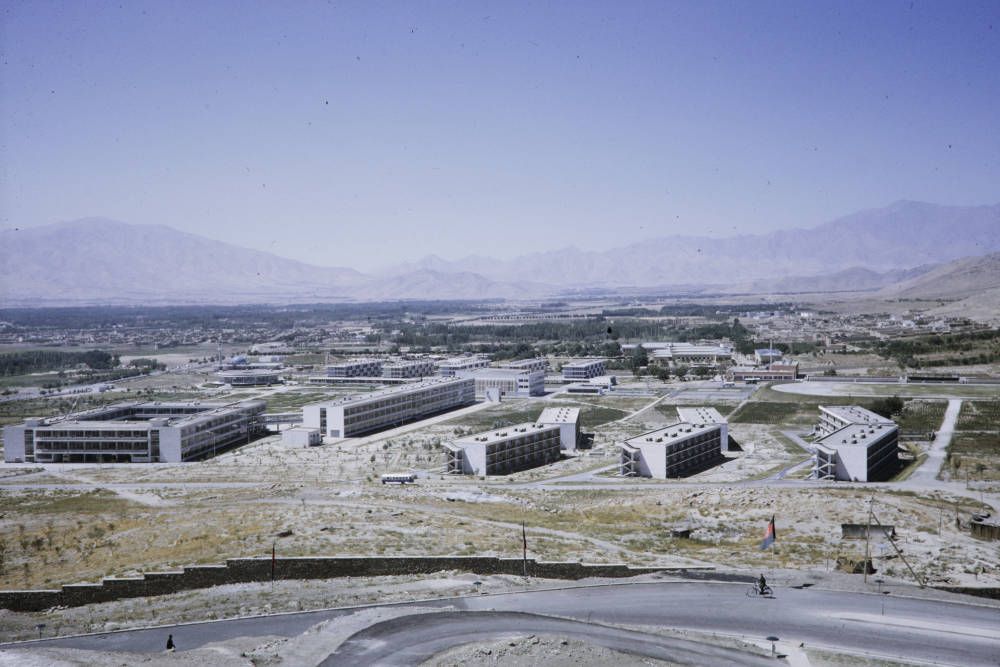 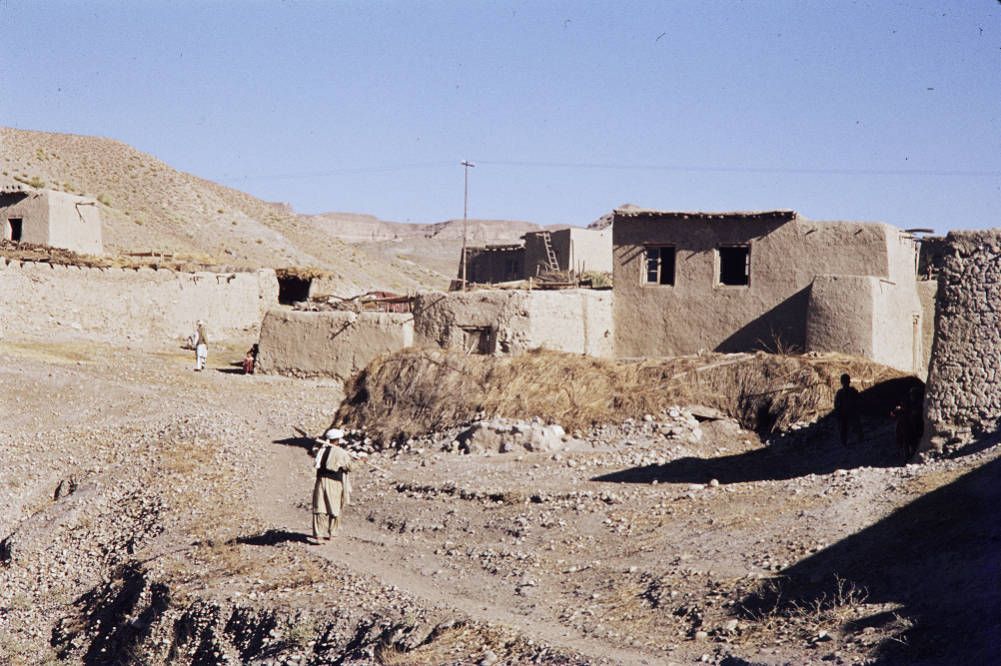 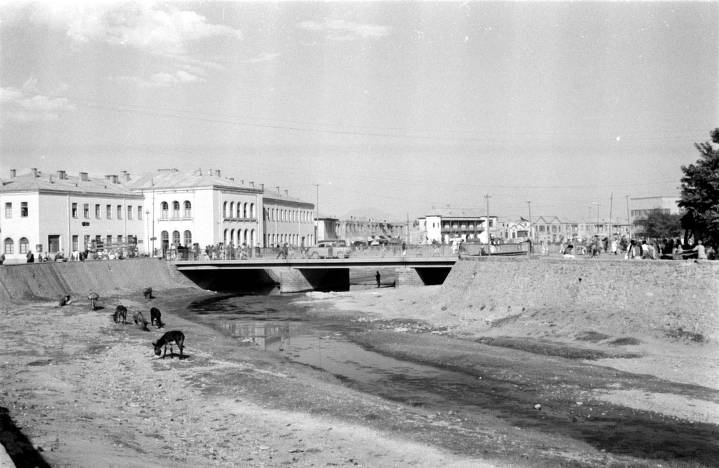 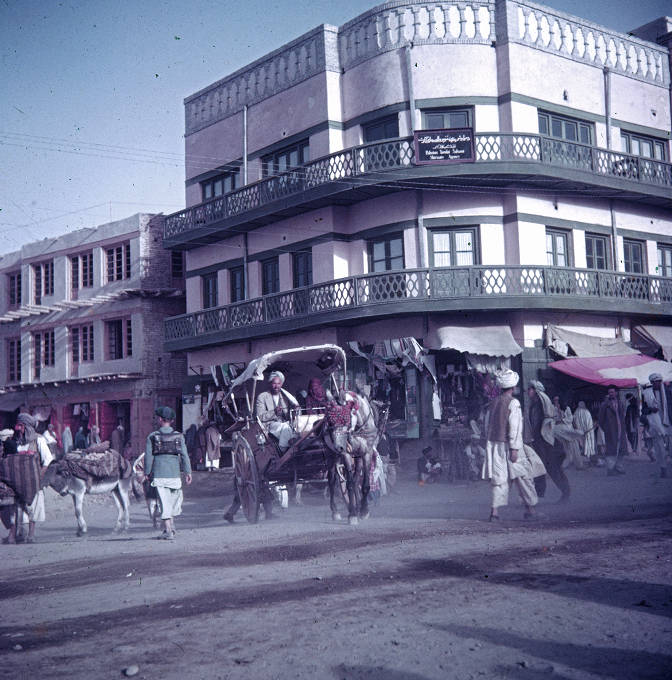 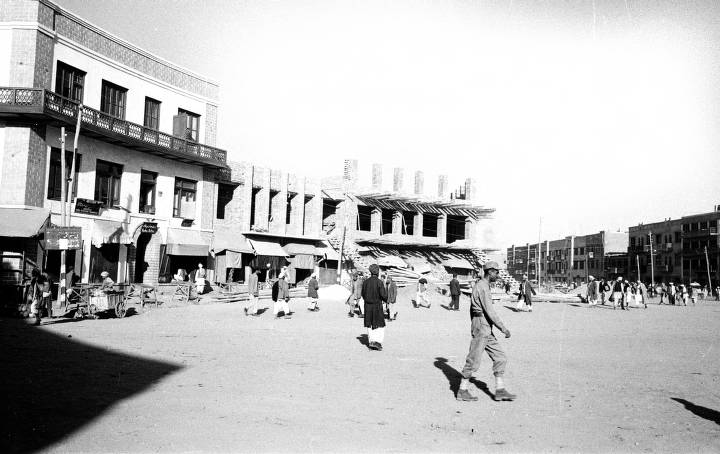 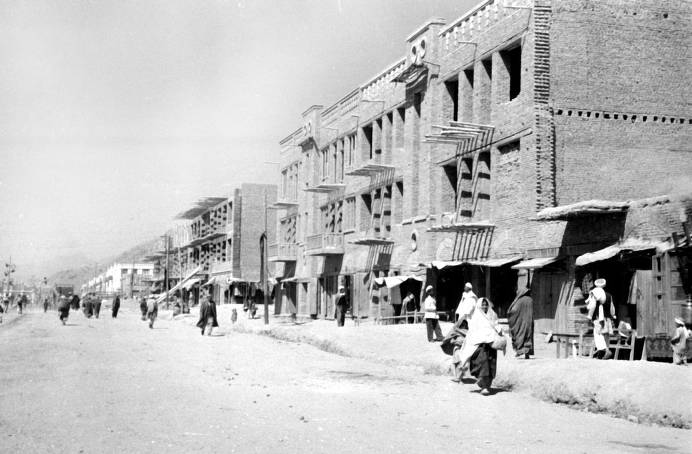 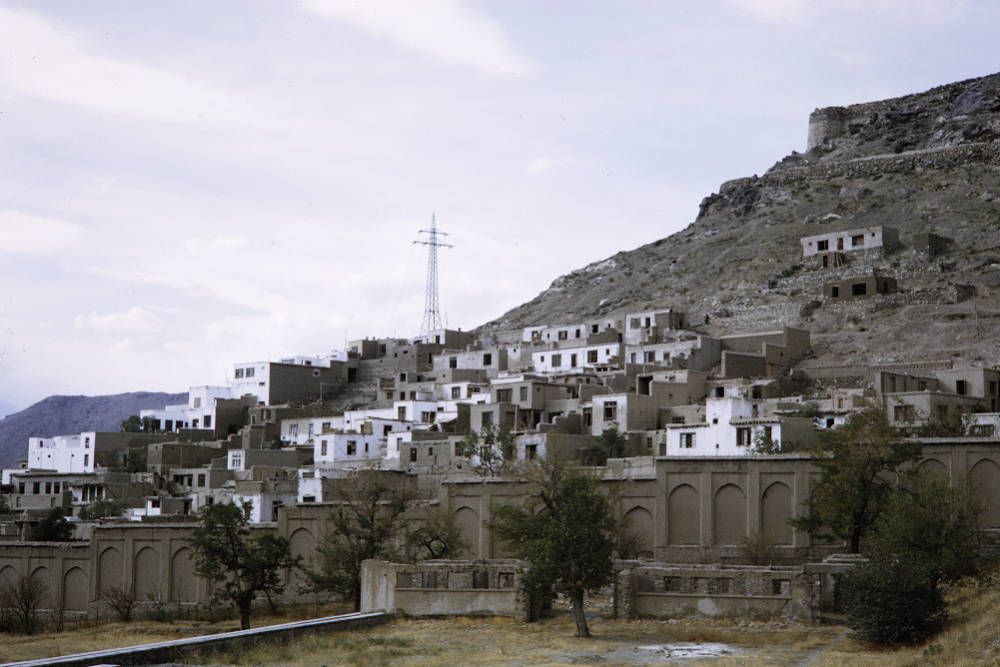