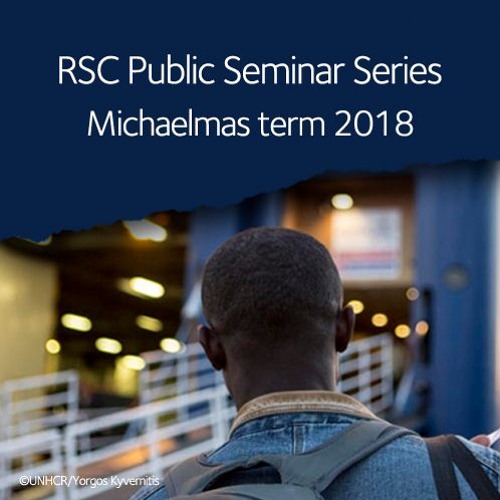 This work is licensed under a Creative Commons Attribution-NonCommercial-ShareAlike 2.0 Generic license.

About the seminar
This seminar describes how slavery like situations may occur in transit states. It develops Arendt’s analysis of xenophobic crystallisation to show how under conditions of rightlessness, the interests of the ‘mob’ and capital may give way to economic exploitation and slavery. Drawing upon data gathered as part of an ESRC funded project which included a study of 300 migrants who crossed from Libya to Sicily, it describes how migrants may become increasingly vulnerable to abuse over the course of the migratory process and eventually find themselves absorbed into informal situations of forced labour. It notes how in the absence of governance, opportunistic and often small scale business has exploited the presence of labour in Libya, at times in concert with the police and government authorities and at times in opposition to them. This arbitrary situation is enabled as a result of a symbiotic relationship between employers and the police, built on the circularity of bribes and a shared animosity towards non-Muslim migrants.

About the speaker
Brad K. Blitz. received his Ph.D. in International Development and Education from Stanford University. In April 2013 he took up the post of Deputy Dean and Professor of International Politics in the Middlesex University Law School. Brad has extensive experience of international education as both a student and academic programme leader. During the course of his education, he studied in Belgium, France, Russia, the USA and United Kingdom. He later directed an international Masters programme with partners in Jamaica, Mexico, and the USA and has written about education exchanges in the context of European integration.
A former Jean Monnet Chair in Political Geography at Oxford Brookes University and Research Associate in the Department of International Development, University of Oxford, he is widely regarded as a leading expert on post conflict integration, statelessness, migration, development and human rights. He has acted as an advisor and consultant to UNDP, UNICEF, the UN Office of the High Commissioner for Human Rights, the World Bank, OSCE, Council of Europe, DFID, and the Russian and Albanian governments and has appeared as an expert witness advising UK and Australian courts, on over 20 occasions. In 2008 the former UN High Commissioner for Human Rights and former President of Ireland, Mary Robinson, and a panel of experts, selected his research as one of 12 projects which would guide and support the legacy of the Universal Declaration of Human Rights.
Recent publications include Statelessness in the European Union: Displaced, Undocumented and Unwanted, Cambridge University Press, 2011; and Statelessness and Citizenship: A Comparative Study on the Benefits of Nationality, Edward Elgar Publishing, 2011. In 2011, he completed a US State Department funded project ‘Measuring the Costs of Statelessness’, a livelihoods study of 980 stateless and formerly stateless households in Bangladesh, Kenya, Slovenia, and Sri Lanka, which will be published by Edward Elgar Publishing in 2014. He also contributed to UNDP’s Asia-Pacific Human Development Report and is the author of Migration and Freedom: Mobility, Citizenship, Exclusion, Edward Elgar Publishing, 2014.

The business of modern slavery: forced migration and forced labour in a failed state | Brad K Blitz by Refugee Studies Centre is available in the public domain via Creative Commons Attribution-NonCommercial-ShareAlike 2.0 Generic .