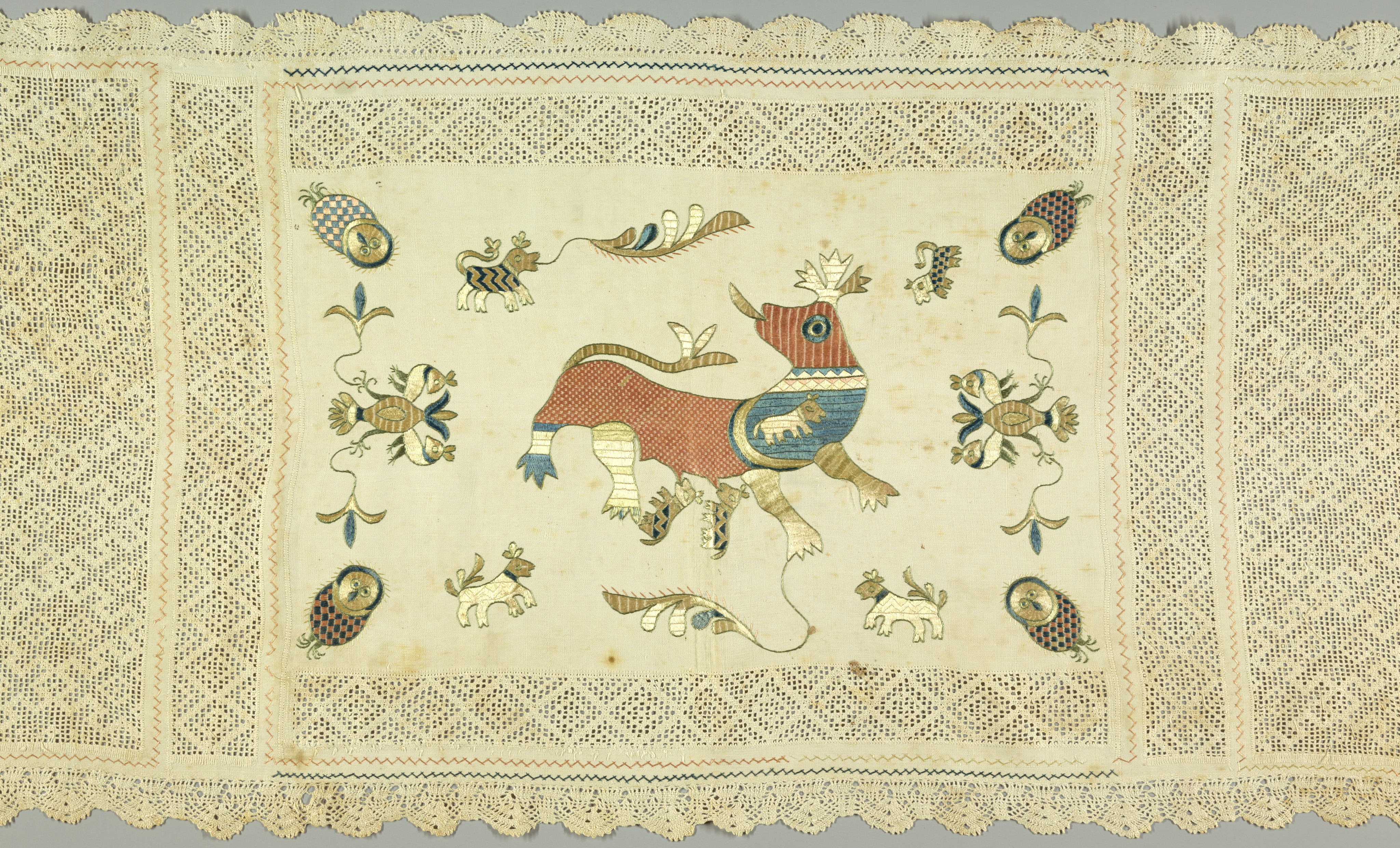 This work is licensed under a Creative Commons No Copyright license.

Rectangular linen table cover with the center panel embroidered in polychrome silks and an ivory drawn work border sewn to all four sides. The embroidery depicts a large “bicho” or beast in pink, blue and gold, suckling two small beasts, with a third small beast inside the mother beast; four small beasts are scattered around. In each corner, an owl with a gold face and a pink and blue checkered body, and at each side, a double-headed bird in gold and blue. In the center panel above and below the figures is an additional band of drawn work.

Table Cover (Spain), 18th century is available in the public domain via Creative Commons No Copyright .