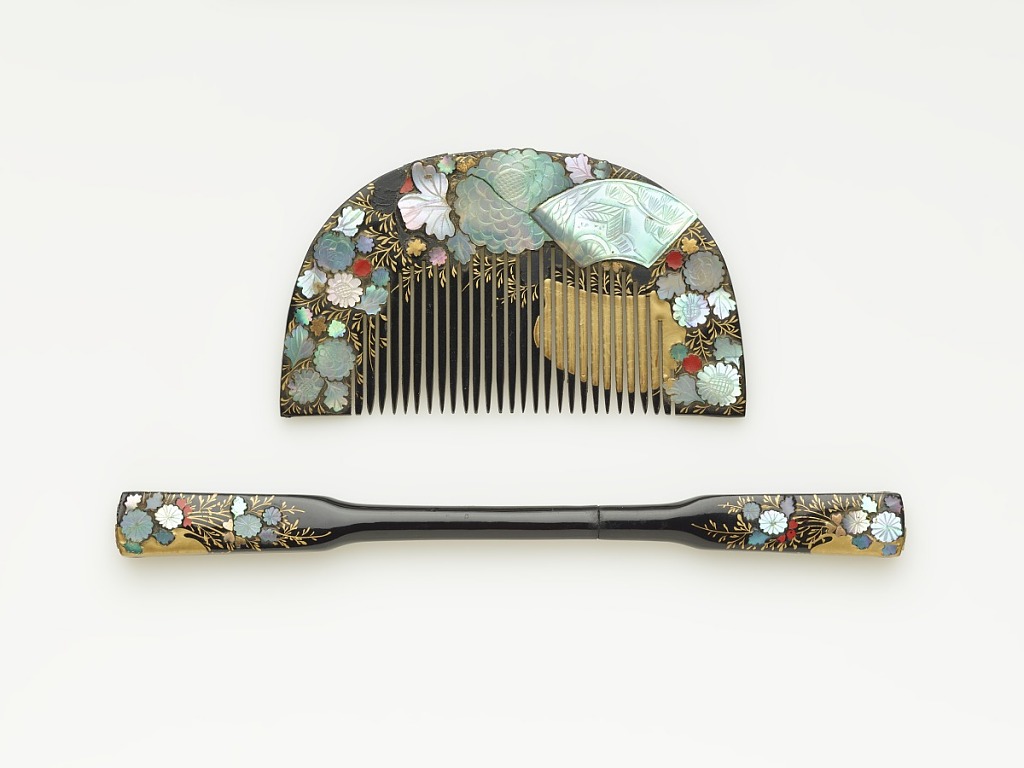 Kanzashi were first used in Japan during the Jōmon period (14,000–300 BCE). During that time, a single thin rod or stick was considered to have mystical powers that could ward off evil spirits, so people would wear them in their hair. This is also when some of the first predecessors of the modern Japanese hair comb began to appear.

This kanzashi includes a kogai and accompanying kushi, ornaments that are often sold as a set. Kogai, which means “sword” and refers to the shape of two pieces (a sword and its sheath), are made of Bekko (tortoiseshell or artificial) or other materials such as ceramics or metals that feature a design on each end.

Kushi are comb kanzashi. These are usually rounded or rectangular combs made of tortoiseshell or lacquered wood that are often inlaid with mother of pearl or gilding and placed into a mage (bun-style hairdo). The spine of the comb is often wide in order to allow maximum space for a design, and in many cases, the design will extend into the teeth. – Wikipedia

Comb and hairpin is available in the public domain via Creative Commons Public Domain Dedication . 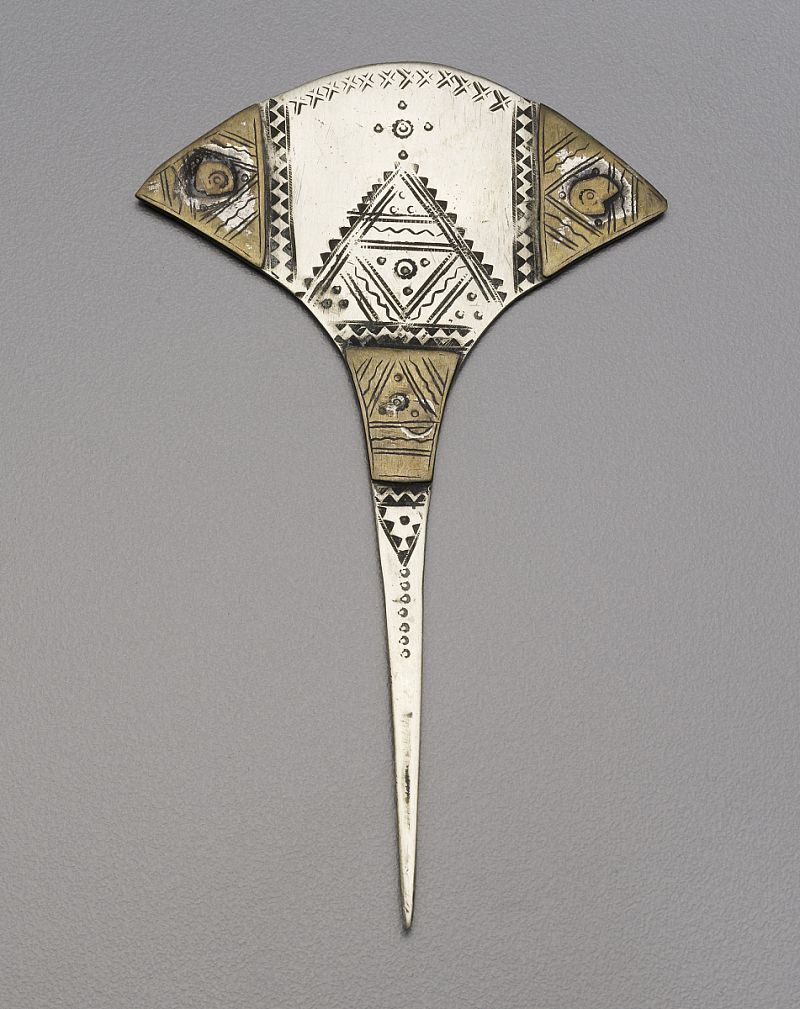