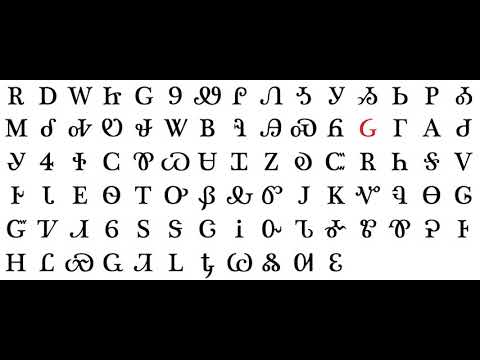 This is an audio version of the Wikipedia Article:
Cherokee syllabary

Listening is a more natural way of learning, when compared to reading. Written
language only began at around 3200 BC, but spoken language has existed long ago.

Now learn the vast amount of general knowledge available on Wikipedia through
audio (audio article). You could even learn subconsciously by playing the audio
while you are sleeping! If you are planning to listen a lot, you could try using
a bone conduction headphone, or a standard speaker instead of an earphone.

You can find other Wikipedia audio articles too at:
https://www.youtube.com/channel/UCuKfABj2eGyjH3ntPxp4YeQ

In case you don’t find one that you were looking for, put a comment.
This video uses Google TTS en-US-Standard-D voice.

SUMMARY
=======
The Cherokee syllabary is a syllabary invented by Sequoyah to write the Cherokee language in the late 1810s and early 1820s. His creation of the syllabary is particularly noteworthy as he could not previously read any script. He first experimented with logograms, but his system later developed into a syllabary. In his system, each symbol represents a syllable rather than a single phoneme; the 85 (originally 86) characters provide a suitable method to write Cherokee. Although some symbols resemble Latin, Greek, and Cyrillic letters, the relationship between symbols and sounds is different.